You wanna do push-ups because they are quite possibly the single best all-around exercise there is. Think about it, with no equipment, using nothing but your own body weight, you can work nearly every major muscle in the body. Plus, push-ups give you a fast-track ticket to finding your inner badass. Nothing (except maybe pull-ups, but geez Louise those are next to impossible for us girls) makes you feel as accomplished as completing a few sets of push-ups. So put on your big girl panties, cause we’re going in!

Here’s why we do push-ups:
Push-ups strengthen core, arms, shoulders and chest
Push-ups build endurance
Push-ups are hard; getting better at them takes patience and persistence (which is very useful whether you’re trying to lose weight or not!) 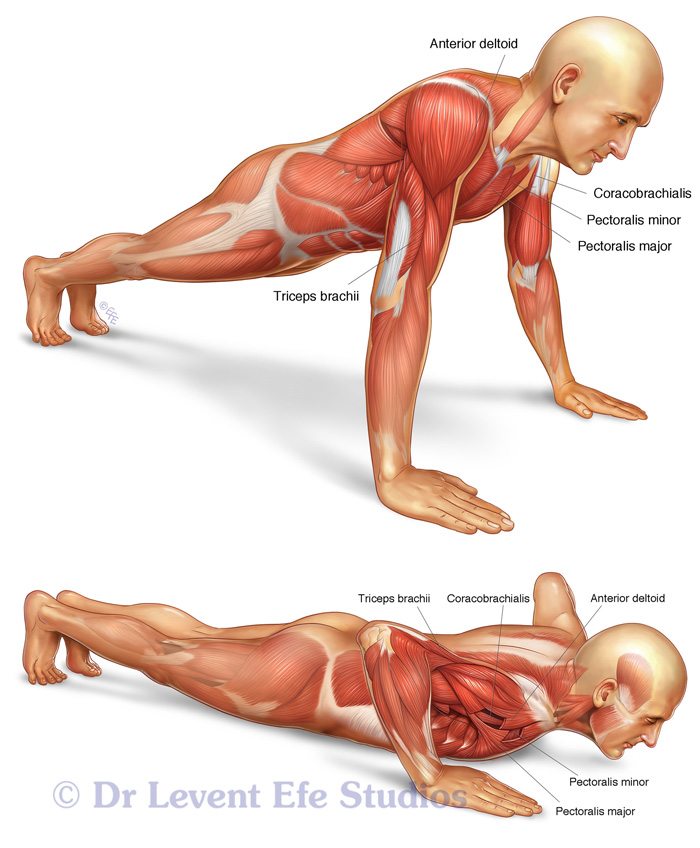 Proper push-up form:
Start on your hands and toes, in plank position, with your hands slightly to the sides of your shoulders. Just like in plank, keep your back flat from your head to your heels. Keeping your core muscles tight, slowly lower your body toward the ground. When your arms are at 90o, slowly press back up to full plank position. That’s one!

You may know, there are lots of variations on push-ups, and when you’re just starting out it’s helpful to know some of the ways to modify standard push-ups to make them more accessible.

Do a modified push-up on your knees by dropping your knees to the floor and keeping your heels as close to your bum as possible. Just like with standard push-ups, keep your back flat.

Incline push-ups are another way to modify until a standard push-up is more within reach. Choose a sturdy surface (a table, kitchen counter, or a bench; the lower the object, the harder the push-ups will be) and lean into it, bending your elbows in the same way you would with standard push-ups 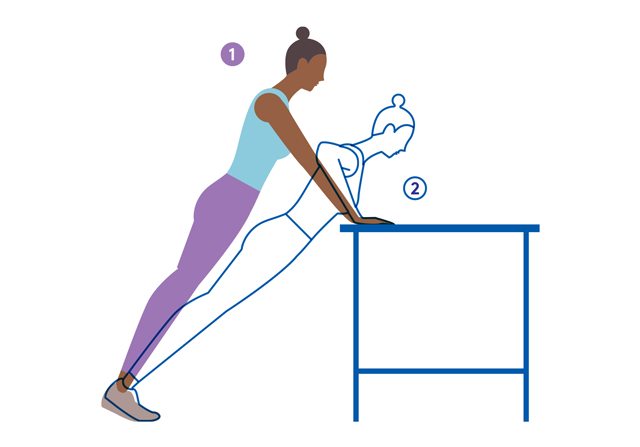 Push-up Schedule:
Over the course of 100 days of push-ups, we’re going to build up to doing 100 push-ups. Now, I realize that this sounds really hard, but unlike all the other push-up challenges that I’ve ever seen, I don’t believe in doing them consecutively. I really just don’t see the point to it. There is almost nobody who can do 100 consecutive push-ups with good form. And good form is everything! So instead, we’re going to do sets of 10 at first, then build up to sets of 20. Eventually the goal is to do them all in one workout, but at the beginning, feel free to spread them out during the day (one set of 10 at breakfast, one set at lunch, one set at dinner, for example). There’s no special prize for being able to do them all at once; the point is just to do them!

6
SHARES
FacebookTwitterSubscribePinterest
Tumblr
In-Person Personal Training
Work with me one-on-one to improve lean muscle mass, cardiovascular endurance, and functional movement through weightlifting, body weight strengthening, and resistance training.
Learn More
Healthy Life Coaching Online
Whether your goal is to lose 100+ pounds (like I did!) or to break through long-standing barriers, we will empower you to reach your goals through evidence-based practices that will transform your health, happiness and longevity.
Learn More