Top 10 Foods You Think Are Healthy That Are Not 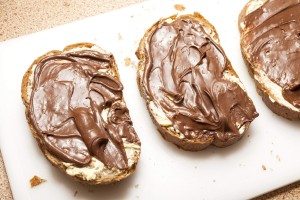 It’s time for a “Top 10” list! Haven’t done one in a while and they’re always such a kick in the pants.

Let’s take a look at ten foods you might assume are healthy that actually are not.

Whether you do or you don’t, let’s bust a few myths today, shall we?!?!

There are some inescapable truths about cheese we must acknowledge:

And we’re back to the beginning: Americans eat lots and lots of cheese.

Relax. There’s no need to give up cheese; we just need to be mindful of how much we eat and be discriminating about eating high-quality, minimally-processed cheese.

Go ahead, let out a collective sigh. You’re entitled.

Whether you knew all of this or not, it’s a lot to take in. There are serious choices to be made here; it’s not just a matter of giving up soda and french fries.

(And by the way, I didn’t put diet soda on the list, but if you’re drinking it thinking that it’s “nutritionally neutral,” think again and step away from the can.)

We’re off and running all summer long. Let’s make our food and beverage choices the best they can possibly be!

102
SHARES
FacebookTwitterSubscribePinterest
Tumblr
In-Person Personal Training
Work with me one-on-one to improve lean muscle mass, cardiovascular endurance, and functional movement through weightlifting, body weight strengthening, and resistance training.
Learn More
Healthy Life Coaching Online
Whether your goal is to lose 100+ pounds (like I did!) or to break through long-standing barriers, we will empower you to reach your goals through evidence-based practices that will transform your health, happiness and longevity.
Learn More