That was a blast!

Where I live, summer officially begins on July 5th. Seattle weather is pretty predictable; you can bet money it will rain on July 4th. In fact, it is historically the rainiest day of the month in these parts. Here I am, taking cover on Friday night while waiting for the fireworks to start. 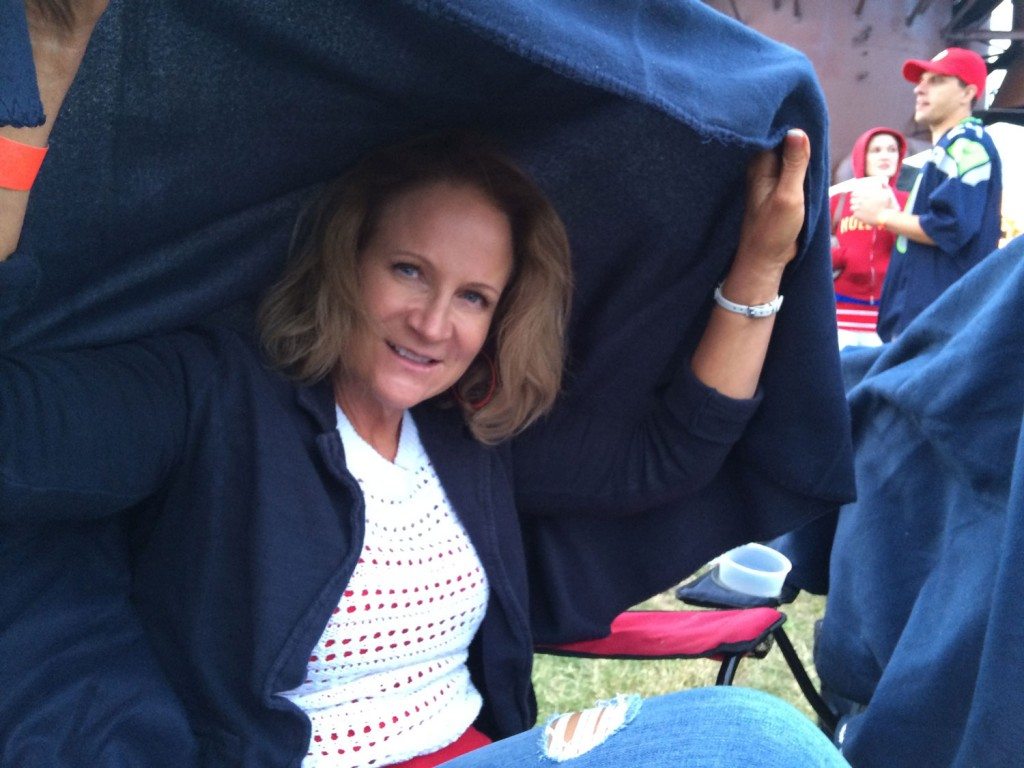 Our family tradition on the 4th of July is to head into Seattle with a few hundred thousand of our favorite friends to watch the fireworks display. This year was no different.

When we were younger, my husband and I packed up the kids and headed into the city regularly to go to various festivals, parades, community events and music concerts. With four kids, not only was it a huge undertaking, but the thrill of it all wore off over the years because of the expense and the traffic nightmares.

Now that I’m a confirmed curmudgeon, the 4th of July fireworks display is the only big city event I’m still willing to endure the crowds for. There is no substitute; you can’t sit at home and watch it on TV. The smaller displays closer to home may lack the parking and traffic headaches, but I like the unabashed patriotism, the synchronized music and – let’s be honest – the big BOOM!

Our youngest son Connor joined us for the fireworks this year, which now stands as one of the few family traditions he’s willing to endure without much complaining. Ah, teenagers! 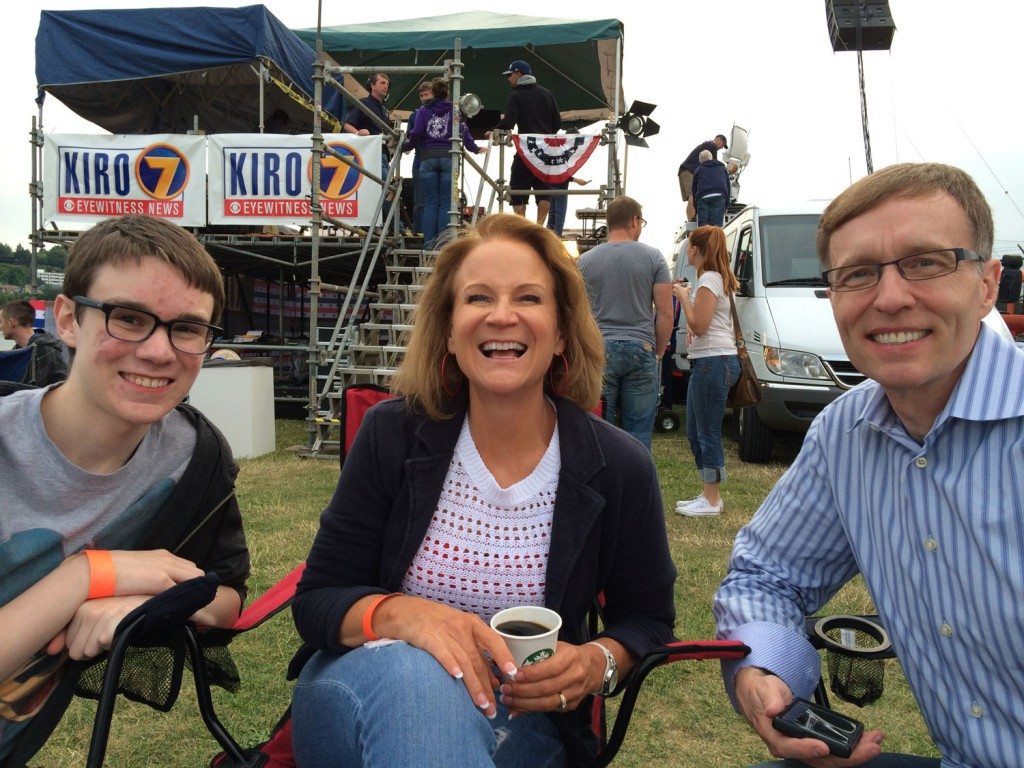 Having four kids means I’ve learned that “this too shall pass,” and it won’t be too much longer before I’m not a complete loser anymore.

Our holiday weekend also involved a neighborhood BBQ for which Rob made the Caprese Salad Kabobs that I posted on Facebook a few days ago. Though I showed him how to assemble them, the execution was 100% his effort, and I have to say they turned out fabulously! The crowd devoured them and everyone remarked on how clever it was to serve them on a skewer; so easy to eat! 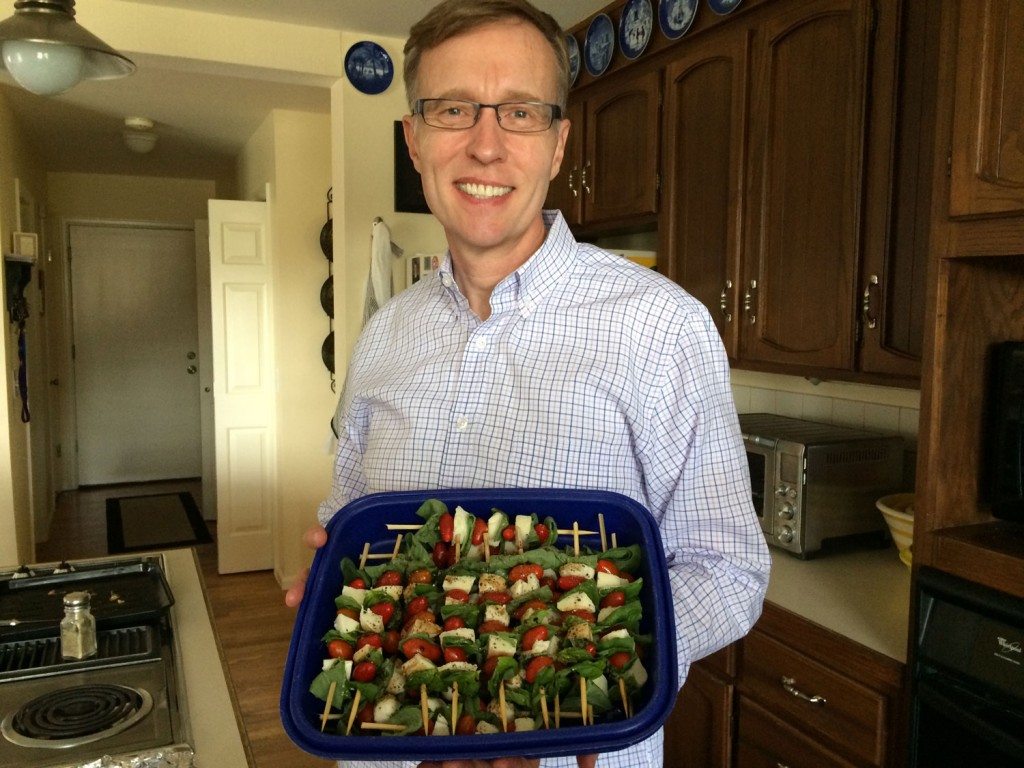 As much as I love summer, it goes by so quickly and before you know it it’s going to be Labor Day Weekend and we’re all going to be saying, “Feels like it was just the 4th of July!” Our lives are busy with work, family, errands and triathlon training (well, that’s what I’m busy with!).

It’s so wonderful to have a long weekend every once in a while, when we can slow down and enjoy the company of our loved ones while giving thanks for the many blessings we enjoy. Of those blessings, one of the most important is the country we live in. We often take for granted the freedoms and liberties that are ours, but on this holiday weekend we can all wave our flags and appreciate the emotional refrain in the song: “America! America! God shed His grace on thee.”