Pick one thing to focus on

Not to sound alarmist or anything, but there are five pounds out there trying desperately to attach themselves to you between now and December 31st.

They are going to be disguised as Halloween candy, Thanksgiving leftovers, eggnog lattes and so much more. To thwart them is going to take considerable effort on your part.

Losing weight between October and year’s end can be a nonstarter for many. It just seems pointless, right? So many family gatherings, office parties and neighborhood fruitcakes. No disparagement intended upon your neighbors; I’m sure they’re very nice.

At the risk of sounding like a total buzzkill though I’m gonna say, it really is best if you don’t succumb to the “oh-well-I’ll-worry-about-that-in-January” mindset. 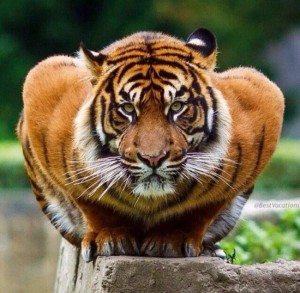 The best way I know of to do that – and what I’ve decided to do between now and the end of the year – is to pick just one thing and focus on that. Like a tiger with prey in sight you are unflinching from that goal and will remain true to it until seeing it realized.

Here’s why this works:

Here’s my October-December goal, by way of example: I’ve decided to bump up my yoga practice and switch from the 60-minute “express” class to the full-on sweat-fest that is the 90-minute class. This is Bikram yoga, which is the gold standard of hot yoga. To say that it’s challenging is an understatement, and the 90-minute class tests all four areas of fitness: strength, stamina, flexibility and balance. Yet, over the last couple of years I have rationalized slipping into the practice of doing the easier 60-minute class because I’m busy and just don’t have time for the longer, more intense class. Committing to the 90-minute class means I have to juggle other things and move my schedule around. But attending to this goal amidst the backdrop of the holiday chaos will mean I’ll stay focused on my healthy lifestyle behaviors while also improving my yoga practice. 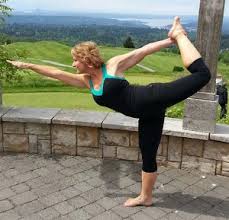 What goal can you achieve between now and the end of the year? Share your goal in the comments below and let’s cheer each other on! With a goal in our sights, we will be ferocious!