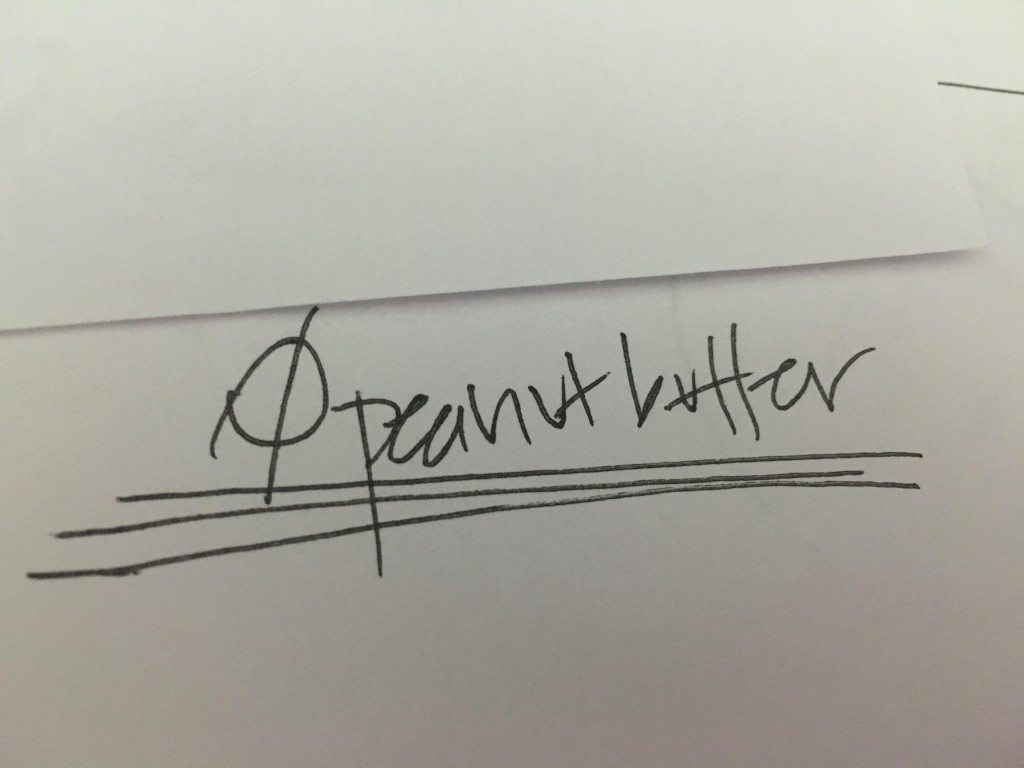 That’s my doctor’s handwriting on that prescription. She literally wrote “No peanut butter” alongside her other recommendations.

To put her advice in context, she and I had been discussing my weight fluctuations and my frustration with my inability to moderate some foods, namely peanut butter.

You may be familiar with my “two tables” strategy. Here’s how it works: when deciding what to eat, I visualize two tables. The first table has foods on it that I eat. To be on my table any given food must meet just two simple criteria:

On the other table is everything else: unhealthy, fattening foods, sugary baked goods, nearly all processed foods, soda and fruit juice, most restaurant meals, and even some healthy foods that I just don’t like (sucks for you cantaloupe).

In the eight years since I lost 120 lbs. I’ve been struggling with which table to put peanut butter on. I mean, on its face it’s healthy, right? Peanuts are good-for-you legumes (not technically nuts) that are packed with protein and folate, and may help reduce cholesterol. And there’s no doubt I love it. Like, in a biblical sense.

But all too often my encounters with peanut butter looked something like this: open jar, insert face. Well, there’s usually a spoon involved, but you get the idea. It’s all under the pretense of making a PBJ for my son as he’s flying out the door, or blending up one of my drop-dead delish PB&J Smoothies. But in my entire life history I don’t think I’ve ever opened a jar of peanut butter, taken out the amount required for whatever I’m making without dipping in an extra time or two (or ten). Never happens. 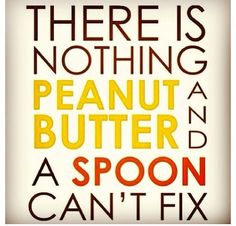 While my PB&J Smoothie is a great post-workout treat, it’s also just waaaaaaaayyyyyyy too easy to feel entitled to dip that spoon in because, hey, I just did a really kickass workout and I deserve it. Well, that’s the way the rationalization plays out in my head.

I spent decades of my life feeling a slave to the pull of my unhealthy “trigger” foods. These are the foods that I felt unable to exert any kind of portion control over. The list is long and reads like a who’s-who of processed foods, but the flavor combination that leaves me weak in the knees is the salty, sweet, fatty combination found best in, ahem … peanut butter.

Next to my “two tables” strategy, my never-fail, all-time best healthy living strategy is “unhealthy food does not cross my threshold.” The reasoning for this all-out ban is that, while some of you may be able to just eat two Oreos from the box and portion them out in a very responsible “two-a-day-until-they’re-gone” fashion, that has never, ever worked for me. I’ve tried the “fill snack-sized Ziploc bags with two each” portion control strategy. Nope, ripped through all the bags and ate ‘em all. I’ve tried keeping them in the freezer. Pfffft. As if that would slow me down. Only amateurs are put off by a cold Oreo. I’ve tried keeping a “snack cupboard” where treats are kept so that they’re not in plain sight. Um, hello … I still know they’re there. Ya just havta open the cupboard.

No, the only way to keep this stuff out of my mouth and off my thighs is to simply not have it in my house.

This strategy was an adjustment for my family, but one that they made when I explained how important it is for me to keep my trigger foods out of our house. I had to let go of the notion that I was somehow depriving them simply because they no longer had ice cream or crackers available anytime, day or night. As I’ve said before, just as we wouldn’t bring nuts into our home if a family member had a severe nut allergy (we would rightly consider it a safety issue), I consider this a safety issue for me. I must protect myself from myself, if you will.

But I can’t do that with peanut butter! I have a husband and children (well, now just one still at home) who eat peanut butter literally every day! Rob’s grab-n-go breakfast nearly every morning is a PBJ. It’s fast, portable and he can eat it while driving to work. And Connor loves getting a PBJ in his lunch or having one with a bowl of soup on a rainy Saturday. I just can’t bring myself to deny them that pleasure.

But that doesn’t change the fact that having peanut butter in the house is an ongoing problem for me. My eager spoon is always at the ready. 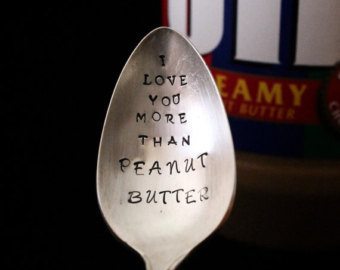 When I was discussing my frustration with my doctor she said what I think had been whispering to me from inside the jar (but my chewing was so loud I couldn’t hear it): it’s time to set down the spoon and put peanut butter on that other table. I must face the fact that, for me, there is no healthy, reasonable, controlled (read: sane) way to eat peanut butter.

I can’t tell you how much I wish this wasn’t true.

But as much as I love peanut butter, there are things that I want more.

I want to have more control over this compulsion. (“Who’s steering this ship, anyway?” is something I say to myself after dipping my spoon in too many times, only to instantly regret it.) I want to spend those precious calories on a wider variety of healthy foods that maybe don’t have the same addictive pull.

So what am I to do? How can I let peanut butter cross my threshold and not eat it???

You’re not even going to believe how middle school this sounds, but I actually asked my husband to hide it from me.

No, check that … the truth is, he offered! I was telling Rob about my conversation with my doctor, how she’d advised me to have a heart-to-heart with my jar of peanut butter (sort of a “it’s not you, it’s me” type of thing), and then make a clean break. He looked at me a little bit mischievously and said, “Well, you can’t eat it if you can’t find it!” and then took off with it!

That was a couple of weeks ago and I still haven’t found it. Which is not to say that I’ve been looking very hard, but I am sort of curious. Oh well. So far it’s working just great. Rob can have his daily PBJ because he gets it out from his secret hiding place when I’m not around, Connor can have his once or twice a week fix when dad makes it for him, and I can have my sanity back. (Having it “back” implies that I had it to begin with; the jury’s still out on that one.)

So for now, I’ve got this one licked! (Lame pun intended.) My peanut butter intervention worked, and I’m proud to announce that we’ve amicably gone our separate ways. 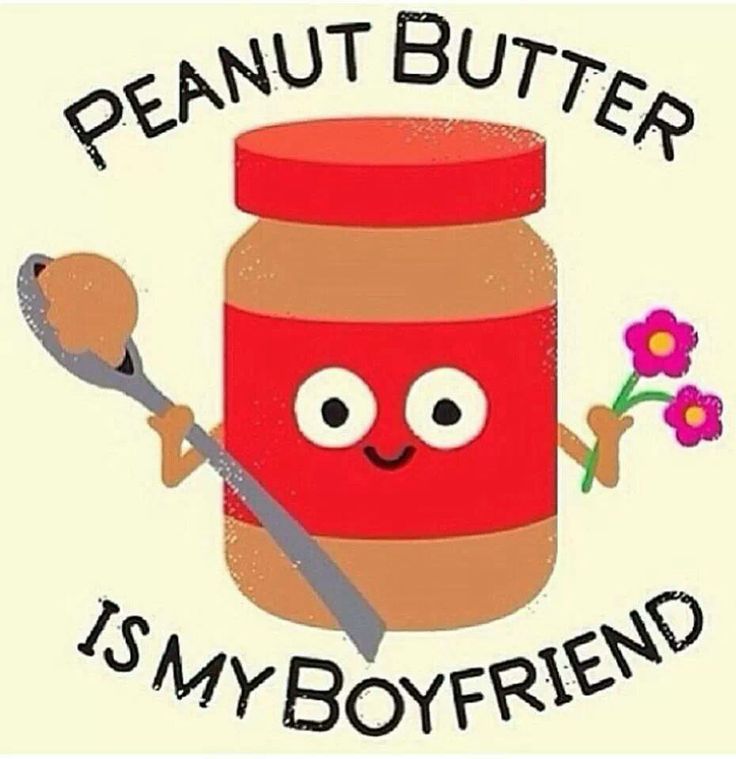