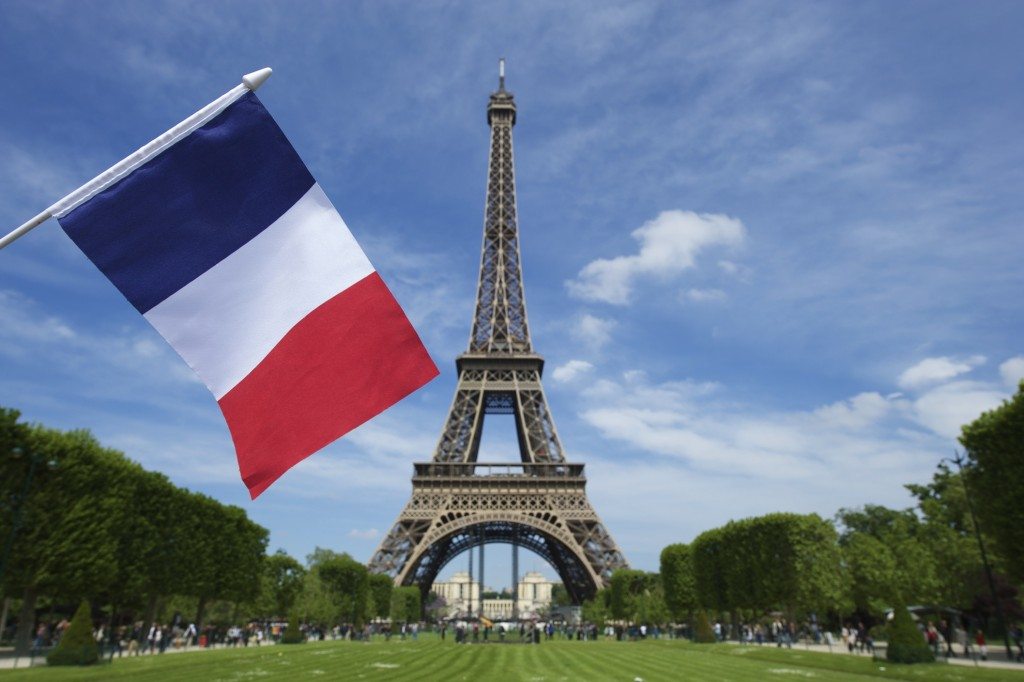 The French version of the 4th of July is Bastille Day.

On July 14, 1789, outraged Parisian’s stormed the Bastille – the Paris prison where high-profile prisoners were held – in search of ammunition. Meanwhile, King Louis XVI and his wife Marie Antoinette took refuge in Versailles, soon after to lose their heads. The capturing of the Bastille and ensuing riots throughout Paris are considered the beginning of the French Revolution.

I’ve travelled to France twice in my lifetime, and hope to go again before I die. While I was there – especially the second time I was there (2009), after my own weight loss – I couldn’t help but notice how different the French treat food than we do. I have come to believe that both the foods they eat and the way in which they eat them represents a healthier relationship with food.

Here are 6 healthy eating habits that French people do that can help us wage a little food revolution in our own lives:

1) The French eat only high quality food, and most of that is unprocessed. There is an inherent respect for good quality food in France, and they expect that a larger portion of their family budget will go to pay for it than we do. Translation: they value good food; we value cheap food. You get what you pay for.

2) Most meals in France are eaten at home. In January 2015 Americans pushed our meals-eaten-away-from-home statistic to over 50% for the first time ever. We all know that restaurant – and dare I say gas station mini-mart – meals are nutritionally inferior and more calorically dense than meals eaten at home. Translation: eating out makes us fat.

3) French people don’t eat fake food. That is, they don’t eat cheese in a can or non-fat yogurt in little blue containers that comes in lab-created, bizzaro flavors like Boston Cream Pie. I shudder to think what they would say about those rubbery little “cheese” slices that come individually wrapped. Translation: just because something’s technically edible doesn’t make it food.

4) In France, mealtime is a social experience. In contrast, something like 20% of American meals are consumed in our cars. Most of those are eaten alone. We’ve all heard the dismal statistics – or experienced in our own homes – the ironic disconnect at family mealtime as we favor connection with our electronic devices over face-to-face communication. Interestingly French children are trained from infancy to be present at the family table for lengthy meals shared with family and friends. Translation: we are our kids’ first and best teachers about how we nourish ourselves. We must use that power wisely.

5) According to the book French Women Don’t Get Fat, French people don’t snack between meals and their portions are much smaller than Americans’. Translation: there is no “French paradox” which supposedly points to the inconsistency between the French diet, rich in cheese, bread and wine, and their low incidence of heart disease and obesity. It is a function of their much smaller portions and socialized eating.

6) Rather than sweat it out at the gym (or sit on the couch), French people incorporate movement into their daily lives. Now, some of that is out of necessity (owning a car is expensive in France, so more people rely on bikes and public transportation), but walking is a cultural value. Translation: our national obsession with cars is great for quick transportation (unless you sit on I-405 regularly, as I do) but it doesn’t help our national waistline.

So no need to storm the Bastille today (though waging war on unhealthy food in your pantry might not be a bad idea), but let’s take a few cues from the French on how to have a healthier relationship with food. If we kick out some of the crap that passes for food in our Standard American Diet we might have room for a luscious pain au chocolate (chocolate croissant) every once in a while. Mon Dieu!

9
SHARES
FacebookTwitterSubscribePinterest
Tumblr
In-Person Personal Training
Work with me one-on-one to improve lean muscle mass, cardiovascular endurance, and functional movement through weightlifting, body weight strengthening, and resistance training.
Learn More
Healthy Life Coaching Online
Whether your goal is to lose 100+ pounds (like I did!) or to break through long-standing barriers, we will empower you to reach your goals through evidence-based practices that will transform your health, happiness and longevity.
Learn More