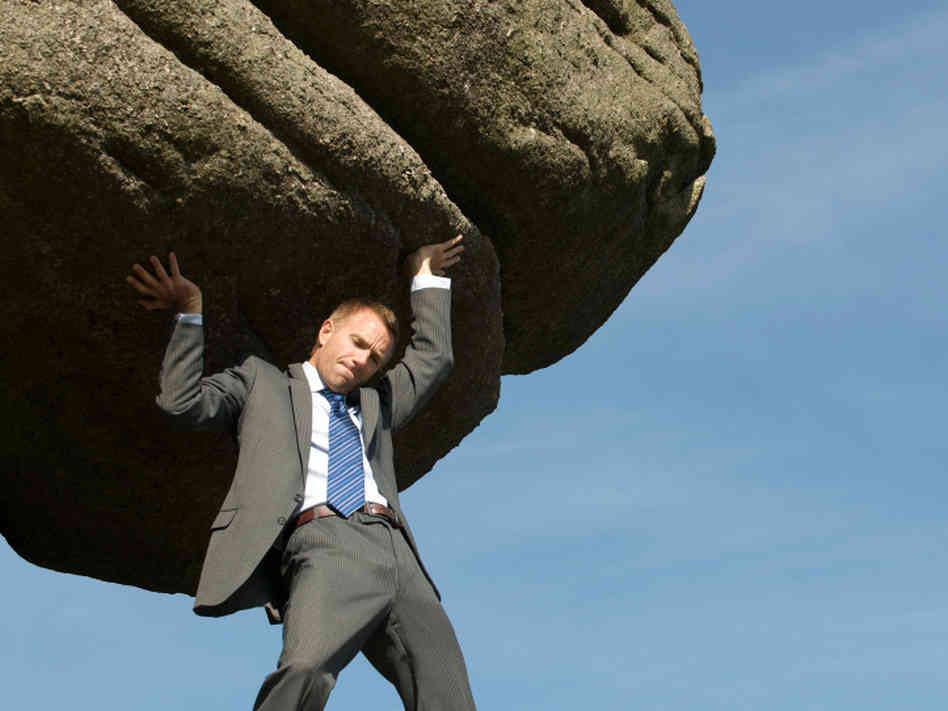 Come with me as I create a mental picture:

You’re walking along, minding your own business in your busy life. You’re reasonably happy – you’ve got work, your friends and family, a special somebody. Or maybe you’re a child, playing peacefully.

Unexpectedly, you have a dramatic incident – maybe your husband / wife leaves you, or you’re in a car accident that leaves you injured and in the hospital. Maybe a parent dies violently, or a trusted friend betrays you.

You are traumatized. You are hurt. Your whole world is turned upside down.

Suddenly, things are not so peachy in your everyday life; you snap at your kids, you lash out at strangers, or you turn your anger inward, finding every conceivable defect either in others or in yourself.

Let’s pretend for a moment that when that dramatic incident happened, someone – either a bystander or the perpetrator – handed you a rock. Visualize them handing it to you. It’s just an ordinary rock, maybe the size of your palm. There’s nothing especially unique about it; it’s not particularly heavy. But it’s there in your hand now and you are unable to put it down. Now, everywhere you go, it’s with you and you must carry it.

It feels strange and onerous to carry the rock at first, but you get used to having to deal with switching it from hand to hand as you go through your day, though it limits what you can do. Nobody else seems to be carrying a rock, so you hide it in your hand. Over time, you forget that you even have it because carrying it becomes your normal state.

Here’s the big catch though: every once in a while something happens to remind you of the traumatizing incident – maybe consciously, often unconsciously – and immediately the rock gets hot in your hand. Not just warm, but burning hot. It’s excruciatingly painful, but you are a rock carrier and you know no other way to live than to carry that rock, even when it causes you untold pain.

Then one day, as you’re trying to soothe your burning hand yet again, a kind soul sees the rock that you try desperately to hide, looks you in the eye and innocently asks you, “Why are you carrying that rock if it hurts you?”

First you deny its existence: “Rock? What rock?”

She gently takes your hand, uncurls the fingers wrapped tightly around the rock and examines your blistered skin.

You try to explain: “I was told I had to carry it,” you say defensively. “I’ve been carrying it for so long; I don’t know how to NOT carry it.”

“Drop the rock,” she says calmly.

“But you’re not,” she says gently. “It hurts you over and over again.”

She goes on: “It’s okay; you’ve carried it long enough. Go ahead and drop it.”

You look at her, quizzically. Let it go? Drop the rock? Is that possible? But the rock is your reminder of what happened to you. What if no longer carrying it means you forget?

You’re not even sure you’ll know what to do – or who you are – without it.

But she seems so certain. And you want very much to believe her because you’re so weary of holding it.

So you open your fingers, turn your hand over and let the rock fall.

You’ve probably figured out that the rock represents the emotional burden that we carry as a result of trauma.

The concept isn’t mine. It originates with a book by Bill Wilson called Drop the Rock: Removing Character Defects – Steps Six and Seven which refers to the 6th and 7th of the 12 steps of recovery as outlined by Alcoholics Anonymous. Those steps are:

Step 6:  “Were entirely ready to have God remove our all these defects of character.”

I’ll admit to a very limited understanding of the tenets of AA, but I think this principle creates an extremely useful visual metaphor for carrying emotional scars. Though AA characterizes these traits as “defects,” I see them more as coping mechanisms that help us deal with overwhelming emotions. I believe that when trauma happens and we’re unable or ill-equipped to deal with it, it gets filed away and sort of stuck there. Helpless to give voice to the emotional wound, we “carry it” as anger, fear, self-pity, guilt, dishonesty, jealousy, perfectionism, intolerance and a host of other less-than-admirable traits.

You may have heard me say before that I am the victim of childhood emotional abuse. The pain, shame, anger and resentment that resulted from that trauma are a rock I have carried for a very long time. There are times when I think I’ve dropped the rock for good, but then I look down, see it at my feet and am so tempted to reach for it once more. New pains trigger old feelings, and I am drawn to pick up that rock again. It hurts, but the pain is so familiar.

But carrying it comes at a very high price. It’s a price I no longer wish to pay.

So I look down at the rock but leave it there at my feet. And in so doing, my hands can heal.

What rock are you holding?