Does your outside match your insides? 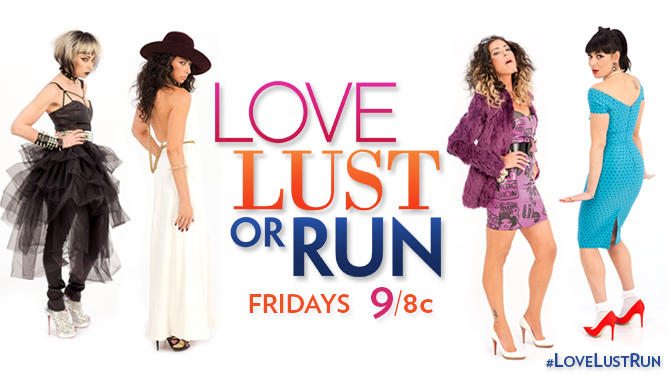 TV host Stacy London (What Not to Wear) has a new show on TLC called Love Lust or Run. Her guests are women whose wardrobes are what most of us would consider garish, even bizarre. (One guest referred to herself as a “post-apocalyptic Amazonian warrior.” Wowzers.) 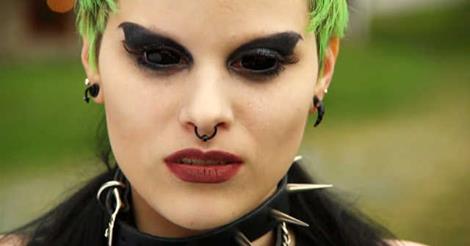 The show’s premise is that we don’t always see ourselves as others see us. When a guest arrives on set, dressed in clothes of her choosing, she’s asked to articulate her look. The women talk about wanting to feel powerful, and showcase their individuality. The guests are then shown “man (and woman) on the street” reactions to their look. The question these strangers are asked is, “Would you love, lust after or run away from this woman?” No surprise, the reactions of everyday people are that the looks are either blatantly sexual or fiercely aggressive. In other words, they’d either lust after or run from the guest because of her outrageous appearance.

Ms. London’s job is to walk her guest through the process of figuring out a way to stay true to the feelings she wants to have about her image (feeling powerful, showcasing her individuality) without sending messages that are either inappropriate or off-putting. No small feat.

To get underneath their harsh exteriors Ms. London has guests take off all their makeup, jewelry and strip down to a plain white robe with hair pulled back. In their more natural state some of the women are moved to tears. Stripped of the trappings that made them feel “powerful,” their vulnerability and fear is laid open and raw.

When I saw this it reminded me so much of the interviews done with The Biggest Loser contestants at the outset of their journey. 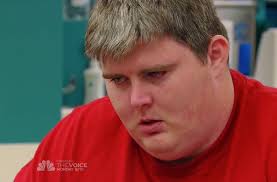 “Why do you want to lose weight?” a producer would ask. Nearly always the contestant would crumble and begin crying. The mask they’d been wearing – that she was okay with her weight, or that he was just the jovial clown among his peers – fell away and their pain was very real.

In both cases, for The Biggest Loser contestants and the women on Love Lust or Run, there was a disconnect between the way they saw themselves and the way they presented themselves to the world. It was only through a difficult process of self-discovery that each was able to tap into a source of authenticity.

As their emotional reactions reveal, facing this stuff is hard. But ultimately it’s not nearly as hard as going through life feeling a fraud.

It’s the disconnect that causes pain.

The question all of this leads me to is: does your outside match your insides? If the answer to that is “no” my next question is, “why?”

Just like the women who were scared but willing to take off the makeup and clothing that they’d been hiding behind, facing weight loss can be frightening. And like The Biggest Loser contestants, our vulnerabilities are exposed. It can be terrifying.

But being willing to face the unknown is at least half the battle. True courage isn’t the lack of fear; it’s feeling the fear, but doing what we must do in spite of it.

That’s what makes these TV shows so compelling. Each contestant is the protagonist in a story, going on a difficult journey. Along the way they must slay dragons as they forge an unknown path. They are uncertain of their own ability and it often seems as if they won’t make it. Yet in the end they emerge the victor, and they are changed in the process.

What if that’s the journey we’re all on? What if we’re the hero in that story? And what if the first step of that journey is to ask ourselves, “What would I have to do so that my outside matches my insides?”

I’m a sucker for a reluctant hero, and I believe that when we’re ready to take that journey, we connect with our authenticity and our true selves come shining through.