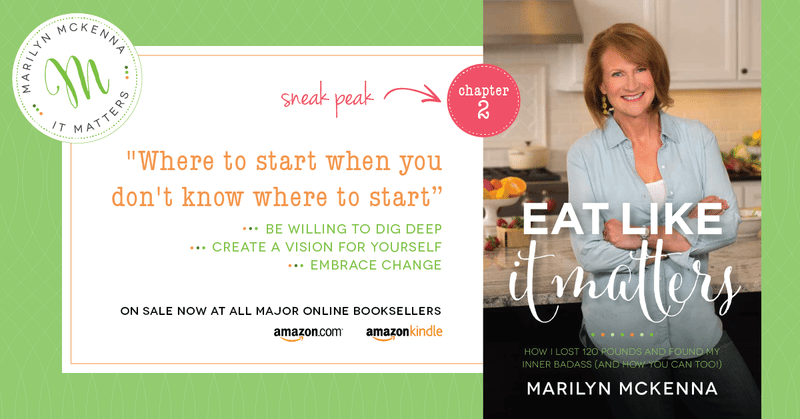 If there is one thing I’ve learned during my weight-loss journey it’s that I’m not terribly exceptional. Oh, don’t get me wrong. The fact that I lost over one hundred pounds and have kept it off for more than eight years is remarkable. And I’m not claiming modesty here. I work very hard, and every day I am amazed at what I am capable of. But the truth is, nearly everyone who is overweight or obese has the capacity to accomplish what I have. Most of us are capable of so much more than we give ourselves credit for. I have learned that when I trust myself and live authentically, by no one’s rules but my own, I am one seriously tough broad. No illusions though: I am still deeply flawed—I am horribly insecure, have the attention span of a gnat, and procrastinate like a teenager with a term paper due tomorrow morning—but I accept my failings and have learned to make them work for me. You’re never going to be without flaws; those heavenly rays of light are not going to shine down on you and change you into some perfect version of yourself. If you’re sitting around waiting for that to happen, you’re in for a long wait.

I found weight-loss success when I decided that I was unwilling to accept someone else’s idea of how I should lose weight. For me, that meant having weight-loss surgery, but it also meant examining nearly every habit, behavior, and belief I held. Our bodies are a reflection of what we do to them and for them every day. But they’re also sort of the endgame of what we believe about ourselves. I had always believed that I should devote myself fully to the care of my husband, my children, and our home. I believed that I should contribute financially to our household income, because how could I be an equal partner if I didn’t? And I believed that my feelings of frustration, resentment, anger, and apathy about those roles and about my complete lack of freedom and personal accomplishment were wrong and selfish, since I had taken on all of my responsibilities voluntarily. I would berate myself endlessly by asking, What the hell do I have to complain about?

Allowing myself to question some of the assumptions I’d held my whole adult life was terrifying at first. Many of the beliefs we have about ourselves—what we’re capable of, what we deserve—are a form of self-definition (e.g., I am a dutiful wife, I am a working mother). They help us define ourselves to the world, but they also give us a way to understand ourselves. If I’m a devoted wife and mother, then I’m a good person, and that means that I put my family’s needs above my own at all times.

I challenged my long-held beliefs because, even though my rock-bottom experience left me deeply shaken, I realized that accepting other people’s definitions of who and what I should be was ultimately dissatisfying and horribly destructive for me. So when I committed to change I knew I had to not only change my eating and exercise habits, but also change how I saw myself and how I defined myself to the world.