12-minute workout that will rock your world! 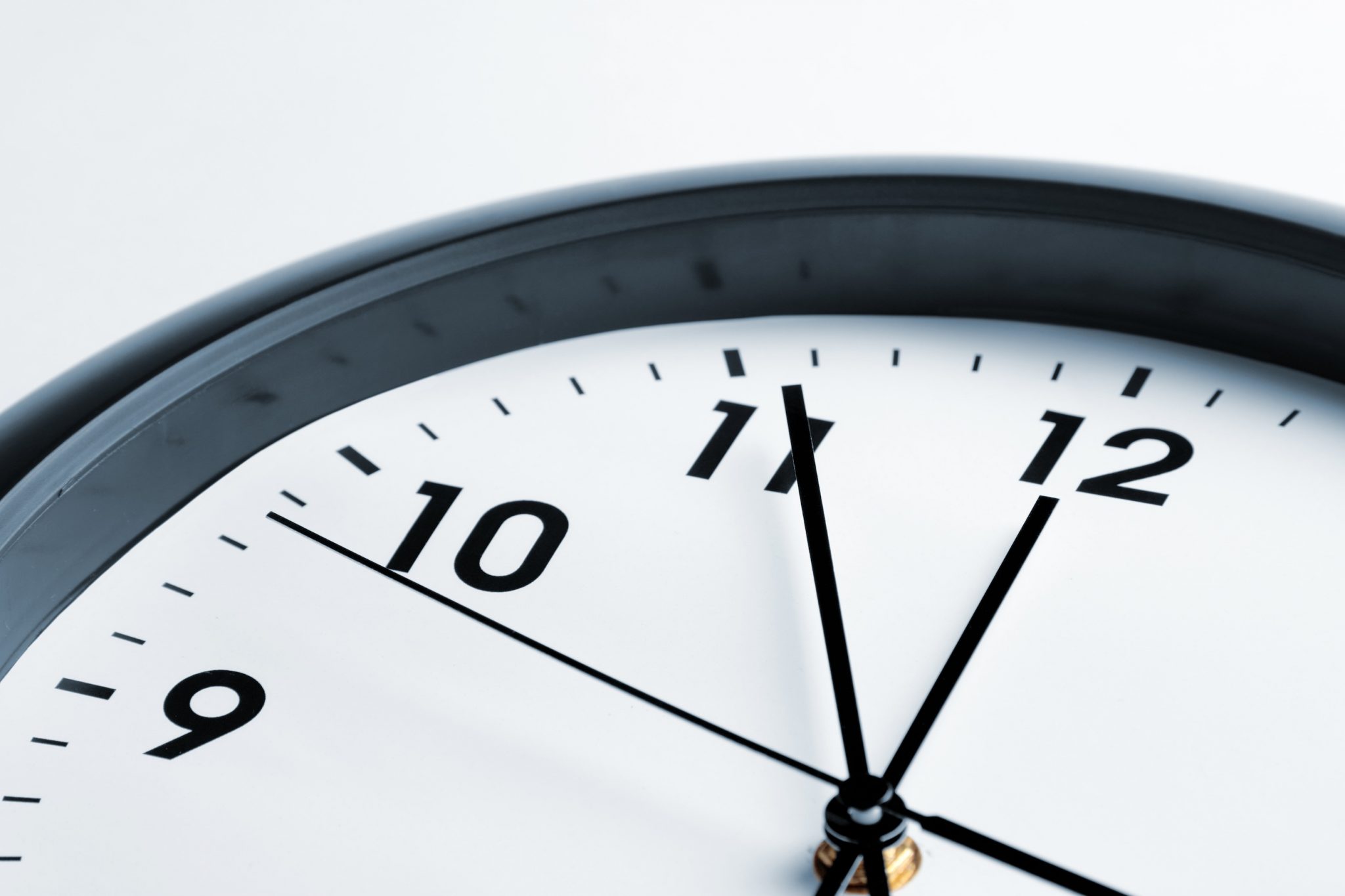 A friend shared a recent New York Times article about an interval workout I’d never heard of before. The article cites a study that followed runners who improved their fitness and overall health by replacing two of their regular weekly runs with a simple interval pattern. The most intriguing part?[/caption]

The entire workout lasts only 12 minutes!

Part of the beauty lies in its simplicity. I don’t know about you, but when I’m running intervals I need a pattern that’s very easy to remember. My brain seems to shut off during intense exertion (that is, don’t ask me to do math). This couldn’t be simpler from a math standpoint, but more importantly it’s a great – and very quick! – workout that’s tons of fun!

If my speeds are either too fast or two slow for you, feel free to adjust up or down. The article points out that you can do the intervals on a bike or a rowing machine, and I would add that they could be done on an elliptical machine too.

Adding intensity to workouts keeps them exciting and builds conditioning.

As the article points out, one of the reasons this particular interval workout is so successful is that people will actually do it! Committing to an all-out effort for 10-seconds is pretty doable for most of us, and knowing that the whole damn workout is gonna be over in just 12 minutes is very appealing.

As for me, I’m gonna be adding this workout to my routine on a regular basis. Hope you will too!

“A Way to Get Fit and Also Have Fun”

Can exercise that is intense also be fun?

Researchers in Denmark recently began delving into that issue and in the process developed a new approach to intense interval training that could appeal even to those of us who, until now, have been disinclined to push ourselves during exercise.

High-intensity exercise, usually in the form of short bursts of very arduous intervals interspersed with rest, has much to recommend it. Many studies have shown that even a few minutes of these intervals can substantially improve health and cardiovascular fitness.

But high-intensity interval workouts have a drawback that is seldom acknowledged. Many people don’t like them and soon abandon the program.

In a telling study published last year, researchers in New Zealand asked overweight, out-of-shape adults to complete three months of high-intensity interval training, using one of two common types of training programs. One consisted of either four minutes of fast jogging, a rest, and four more minutes of strenuous jogging. The other consisted of 30 seconds of all-out effort, followed by rest, and was repeated three times.

Some of the exercisers’ sessions were supervised, and some were supposed to be done on their own.

Both programs would have been expected to round the volunteer into much better shape.

They didn’t. Few of the participants became significantly more fit, especially in the 30-second hard interval group. The probable reason, the researchers speculate, was that most of the participants had quit doing most or all of their assigned exercise early on in the study.

This finding and others like it troubled Jens Bangsbo, a professor of physiology at the University of Copenhagen in Denmark, who studies high-intensity interval training. In studies at his lab, repeated hard intervals had almost invariably made people fitter, faster and healthier.

But those studies typically had involved highly motivated athletes riding high-tech stationary bicycles and had been supervised by the scientists, who personally had cajoled the participants to complete each interval.

So he and his colleagues began to wonder if there might be more practical and palatable approaches to high-intensity interval training.

“We wanted to create a workout that could be employed by everyone, from the nonexperienced person to the elite athlete,” Dr. Bangsbo said.

After some trial and error, they came up with a candidate routine and named it 10-20-30 training.

It has become my favorite interval program.

The essentials of 10-20-30 training are simple. Run, ride or perhaps row on a rowing machine gently for 30 seconds, accelerate to a moderate pace for 20 seconds, then sprint as hard as you can for 10 seconds. (It should be called 30-20-10 training, obviously, but that is not as catchy.) Repeat.

The enticements of this particular program are many. It is easy to remember and low-tech, requiring no gym membership, heart rate monitor, or flow chart, as some complicated interval programs seem to demand. You don’t even need a stopwatch to monitor the 30-, 20-, and 10-second time changes. You can, like me, count to yourself, which seems to make the intervals pass quickly.

Perhaps best of all, the grueling, all-out portion of the workout lasts for only 10 seconds, which is far more manageable for most of us than 30 seconds or 4 minutes.

But of course the program must be effective if scientists are to recommend it. So for a study published in December in The Scandinavian Journal of Medicine & Science in Sports, Dr. Bangsbo and his colleagues set out to test the routine with a large group of average exercisers.

As a result, their weekly mileage fell by about half.

The scientists also recruited 28 runners to serve as controls and continue their normal training.

All of the runners underwent physiological testing at the start of the study, including a simulated 5K race.

Then the scientists turned the runners loose to continue with or abandon their training as they chose.

After eight weeks, almost all of the runners in the 10-20-30 group were still following the program. And when they repeated their 5K runs, they had shaved an average of 38 seconds from their times. Most also had lower blood pressure and other markers of improved health.

There were no changes among the runners in the control group.

Of course, any regular interval training should improve someone’s athletic endurance and health if it replaces slower training, which is why serious athletes incorporate interval sessions into their regimens.

But in Dr. Bangsbo’s study, the 10-20-30 program not only allowed the runners to train less while growing faster, it seemed to make the workouts pleasurable.

“The running clubs in our study reported much improved social interactions between members” during the workouts, Dr. Bangsbo said, because when the fastest runners turned around after each set of five 10-20-30 sprints, as most did, they found themselves following the slower runners, who had the satisfaction of being in the lead, at least for the moment.

You can undertake the program solo, too, or, as I have, with dogs. They are likely to be enthusiasts. This is how they always have run.

If you wish to try 10-20-30 training, Dr. Bangsbo recommends starting by replacing one or two of your normal weekly workouts with a 10-20-30 session.

Warm up with an easy jog (or pedaling or rowing), then ease into the intervals. The 30-second portion should feel relaxed; the next 20 seconds moderately hard; and the final 10 seconds a full gallop. “The aim is to cover as much distance as possible in those 10 seconds,” Dr. Bangsbo said.

Do five of the 10-20-30 intervals in a row without pause, then rest for two minutes by standing or very slowly walking about. Repeat the five consecutive intervals one more time, cool down, and you are done. The whole session, minus warm-up and cool-down, will have lasted 12 minutes.

If you are already in fine shape, Dr. Bangsbo said, add another set of the five uninterrupted intervals.

Rest the next day, he said, or very lightly exercise; don’t do two of the intense interval sessions in a row. Although a smaller percentage of runners in the 10-20-30 group sustained injuries than did runners in the control group in his study, “we recommend very slow progress.”

12
SHARES
FacebookTwitterSubscribePinterest
Tumblr
In-Person Personal Training
Work with me one-on-one to improve lean muscle mass, cardiovascular endurance, and functional movement through weightlifting, body weight strengthening, and resistance training.
Learn More
Healthy Life Coaching Online
Whether your goal is to lose 100+ pounds (like I did!) or to break through long-standing barriers, we will empower you to reach your goals through evidence-based practices that will transform your health, happiness and longevity.
Learn More